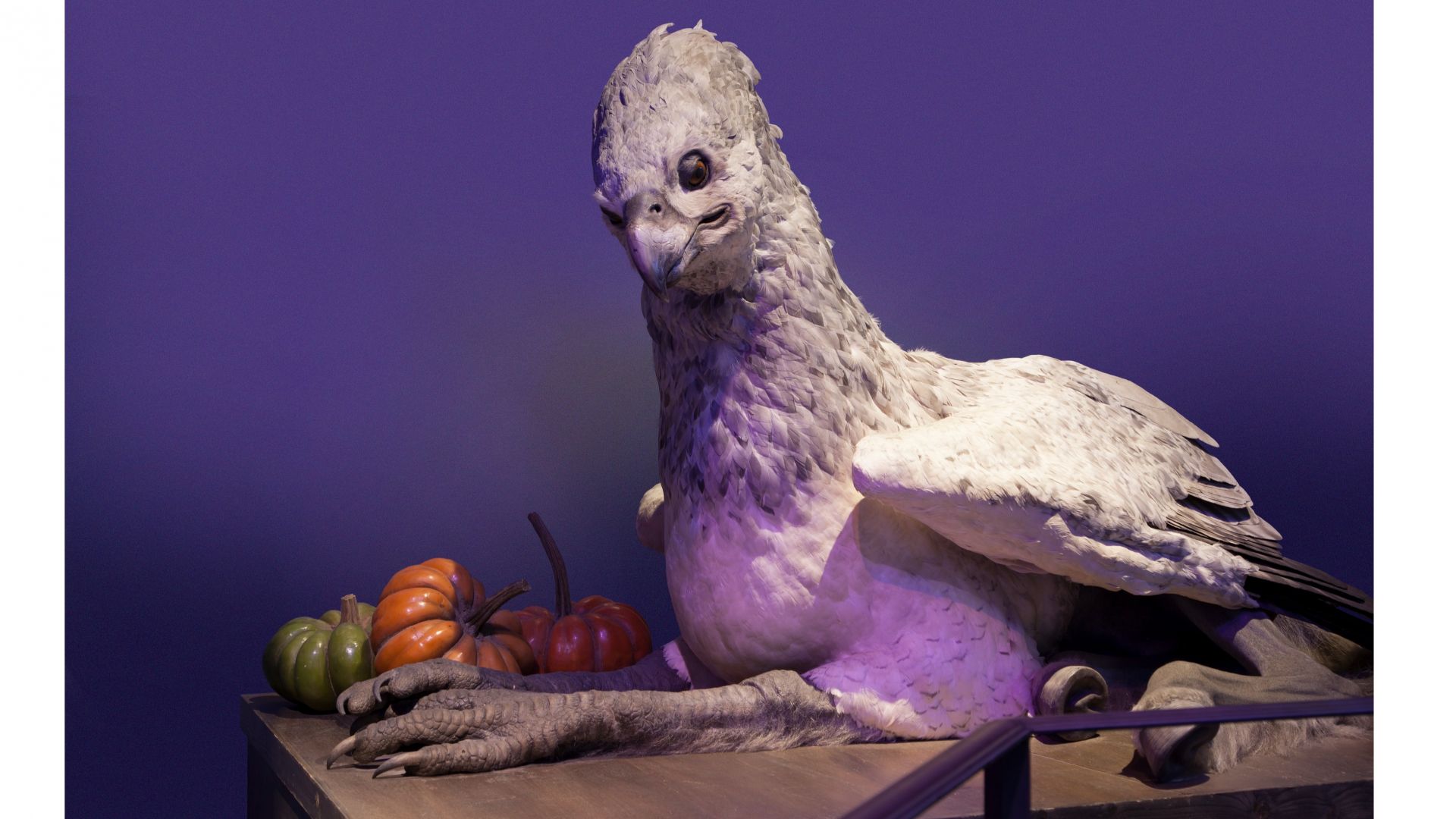 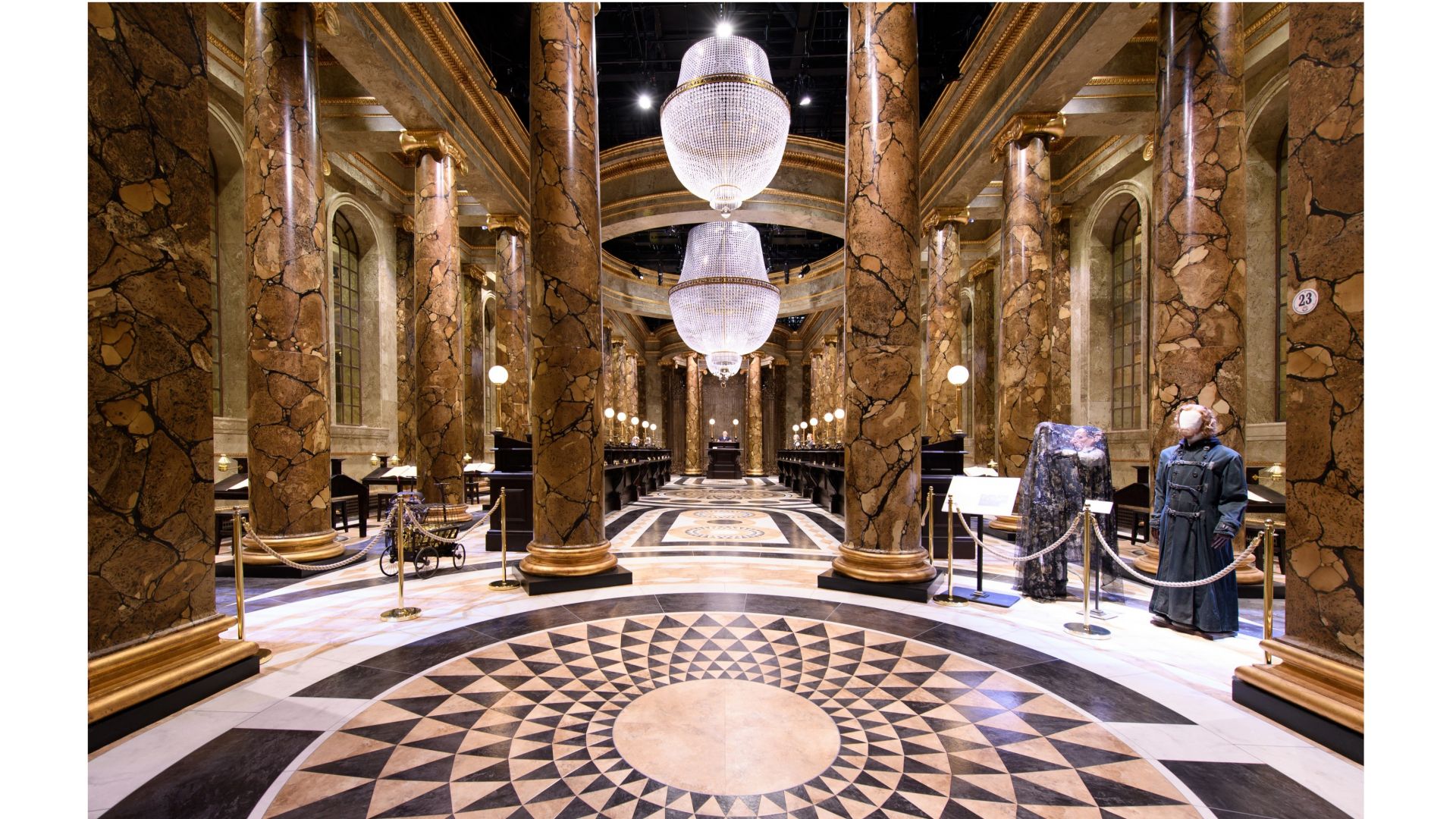 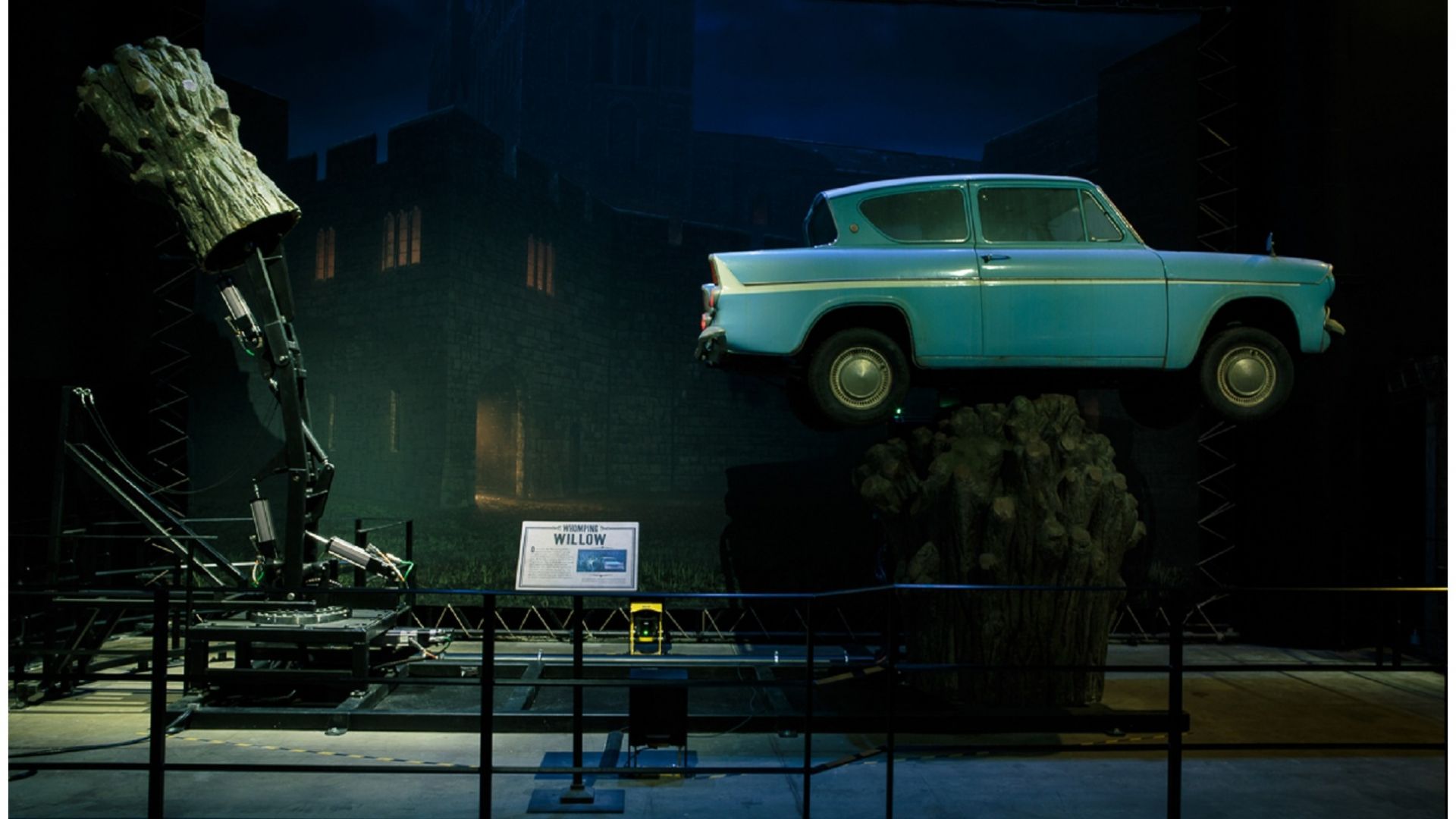 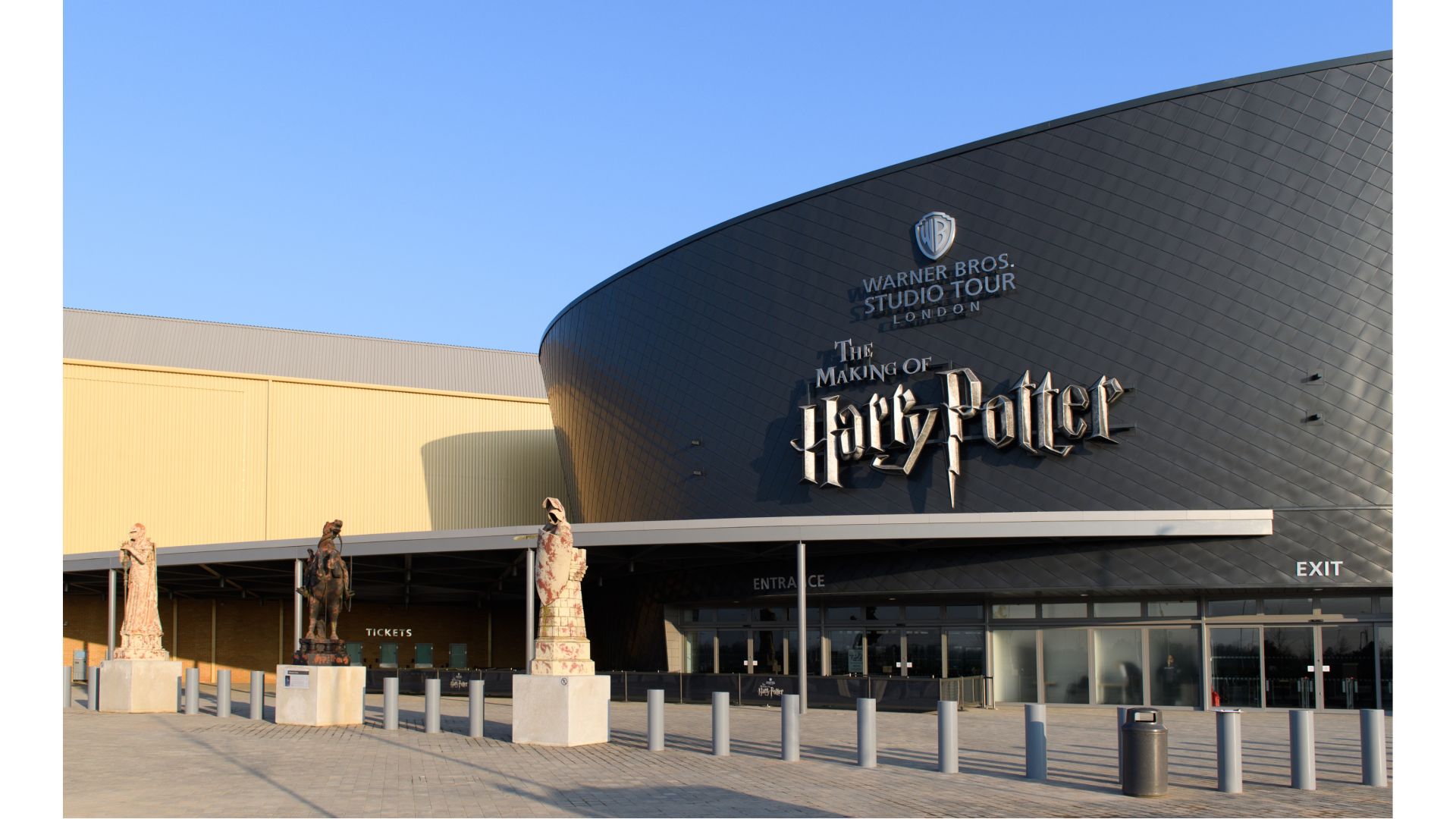 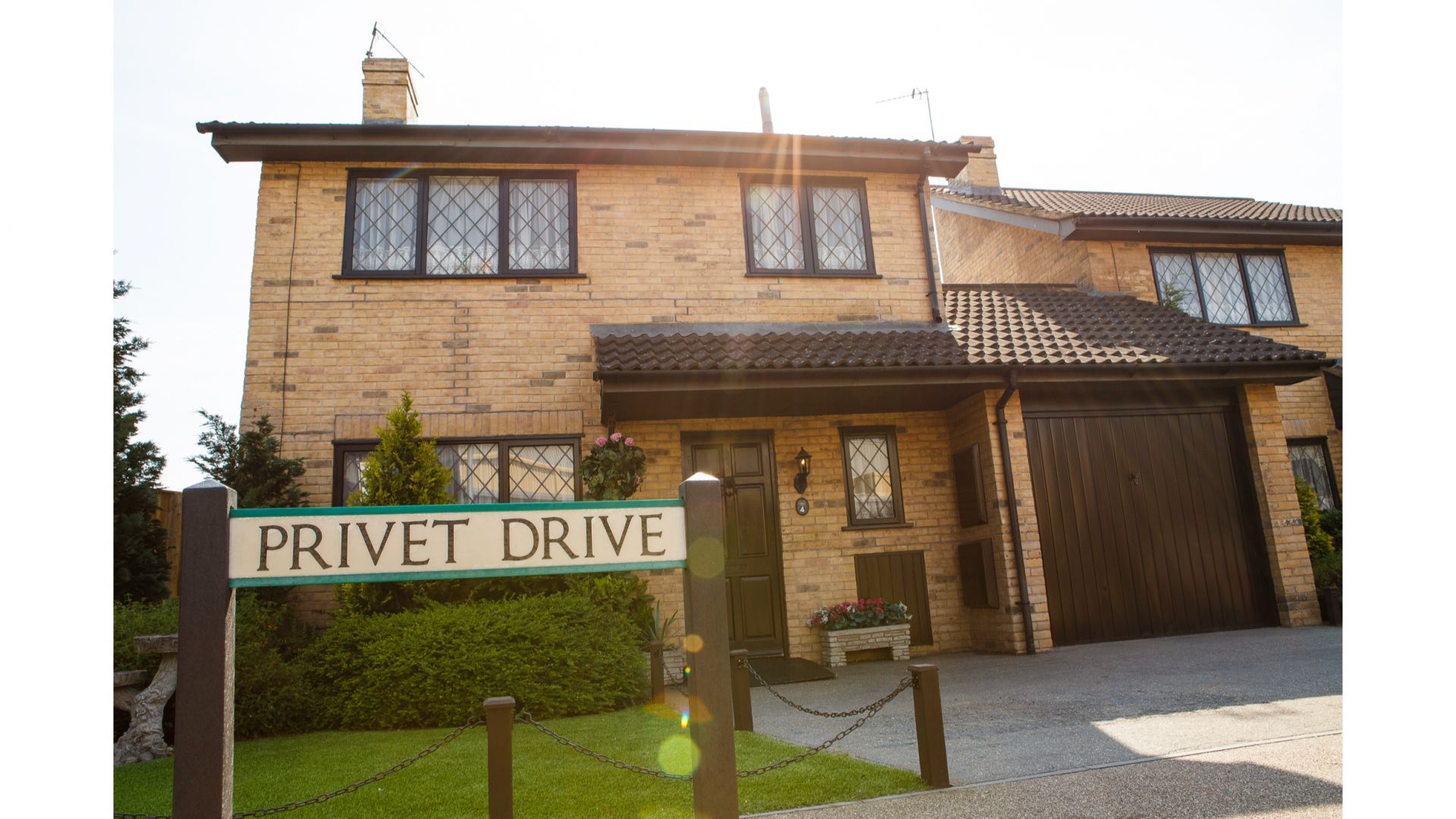 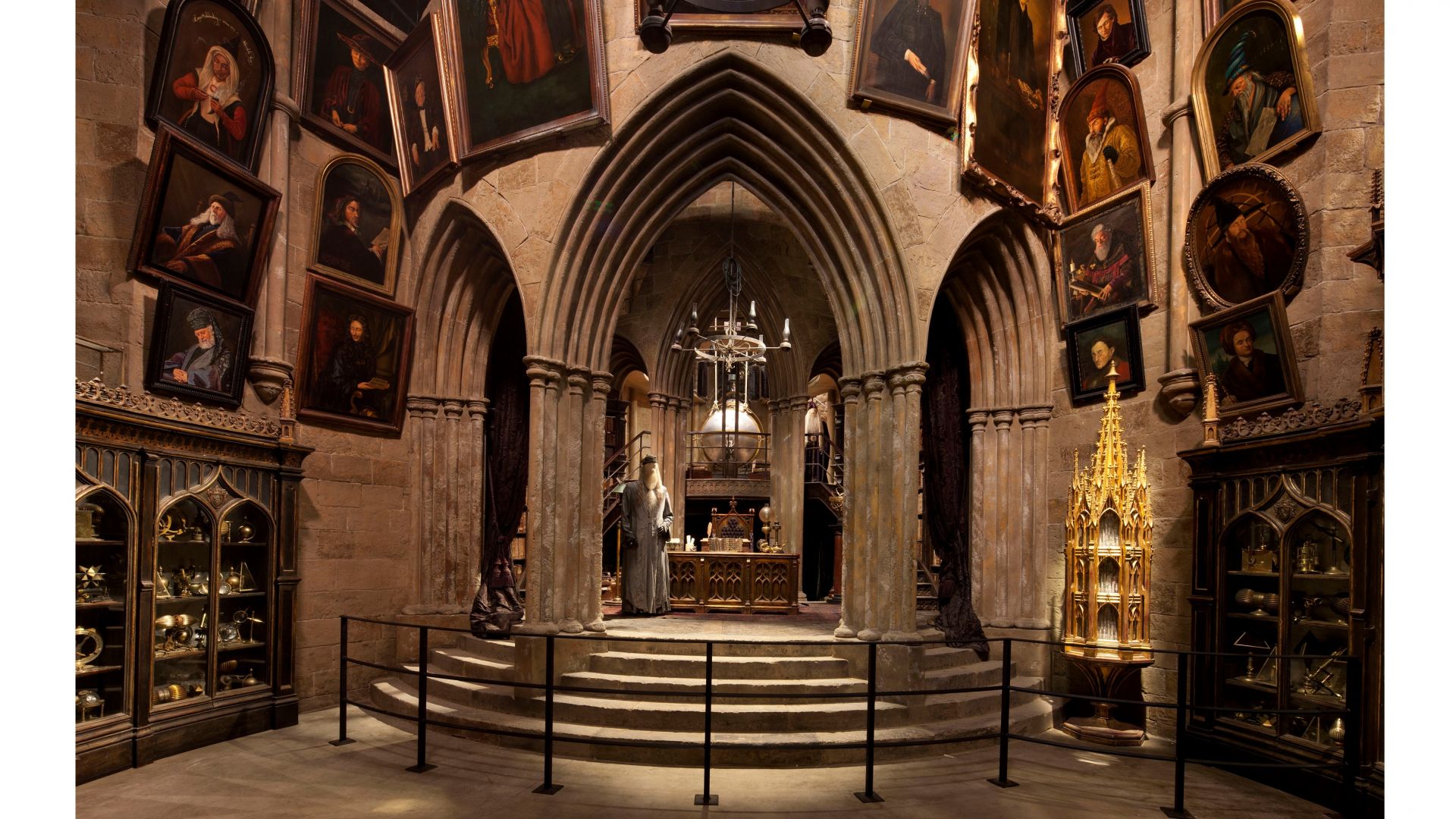 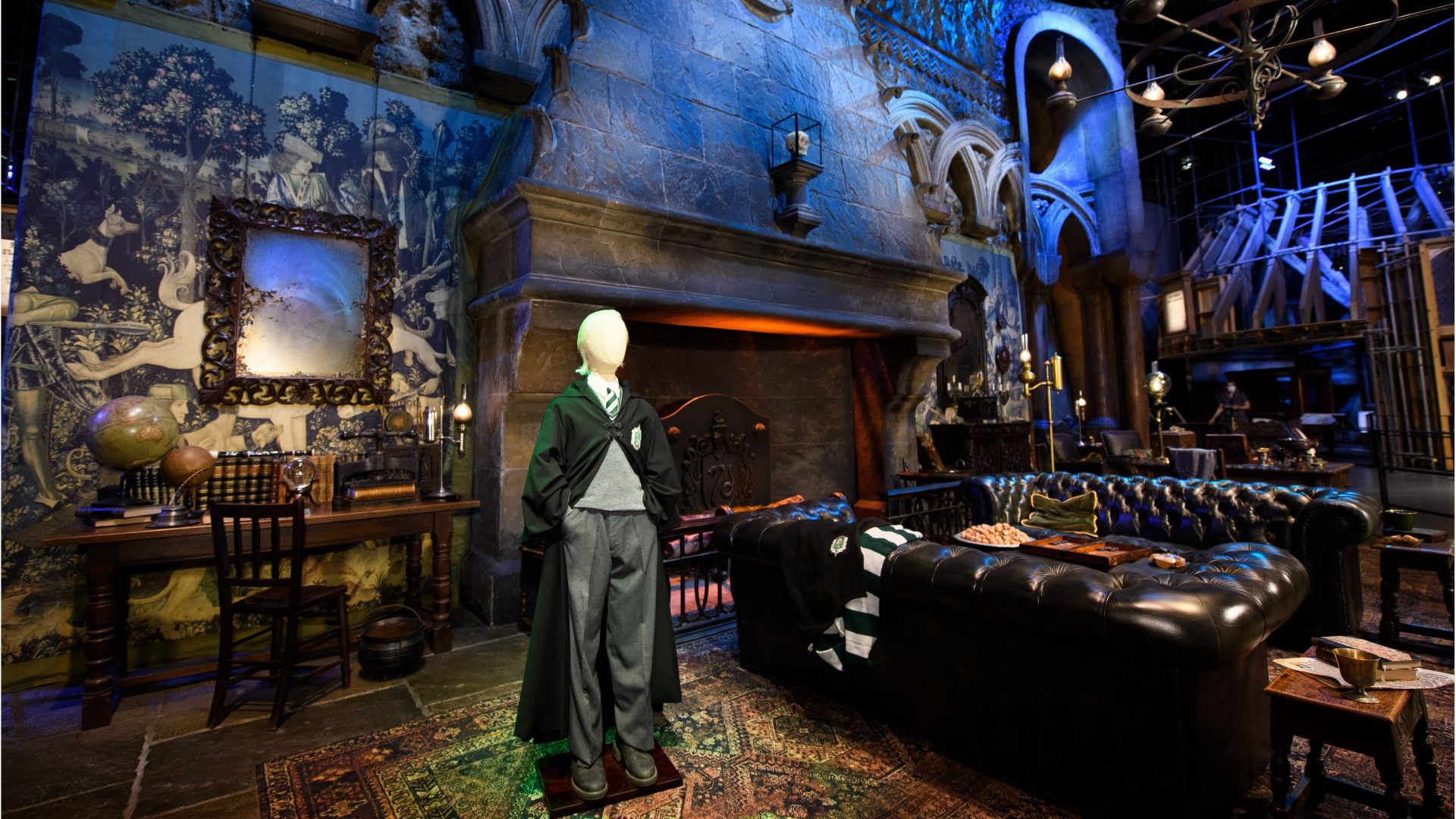 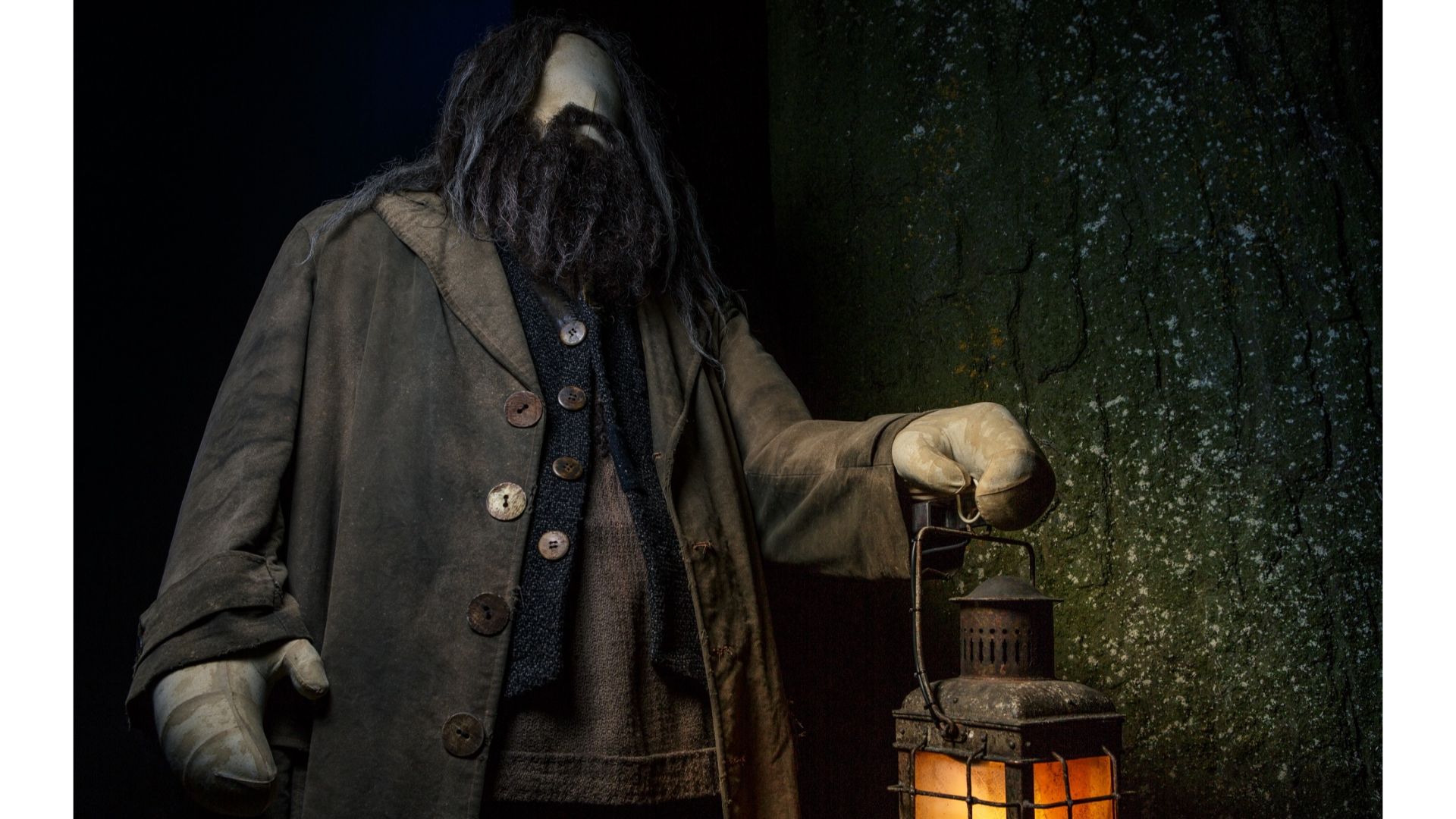 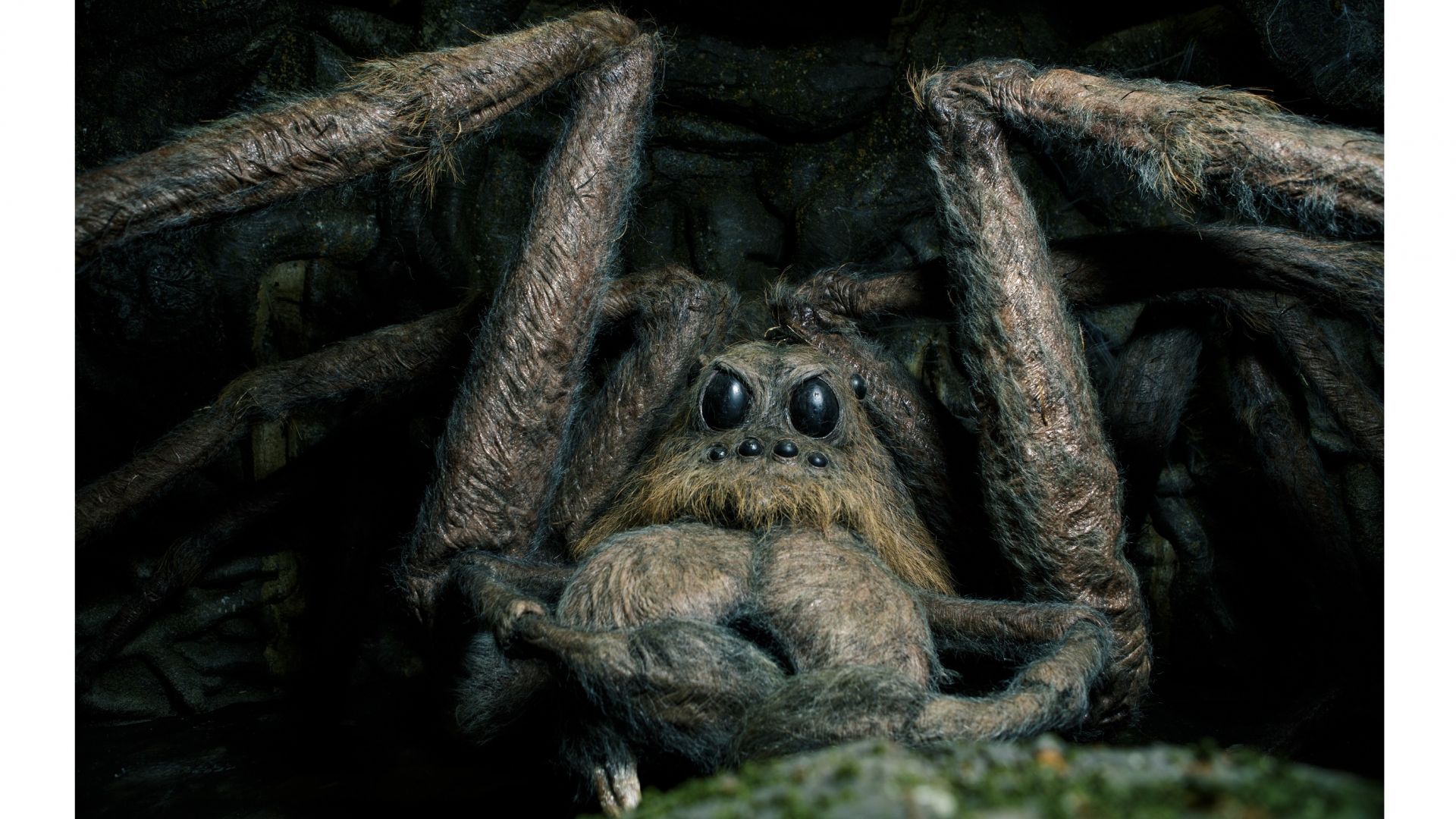 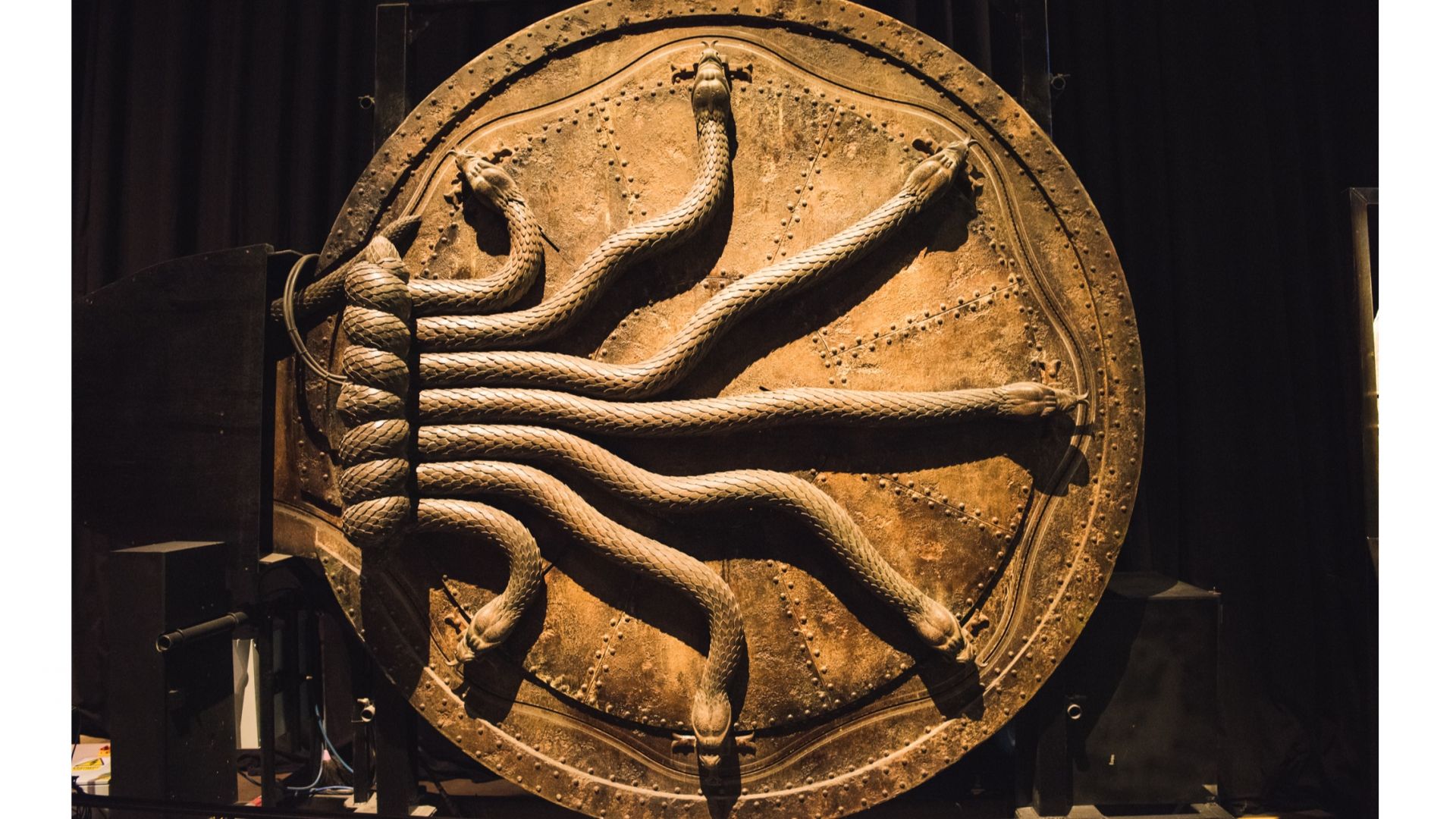 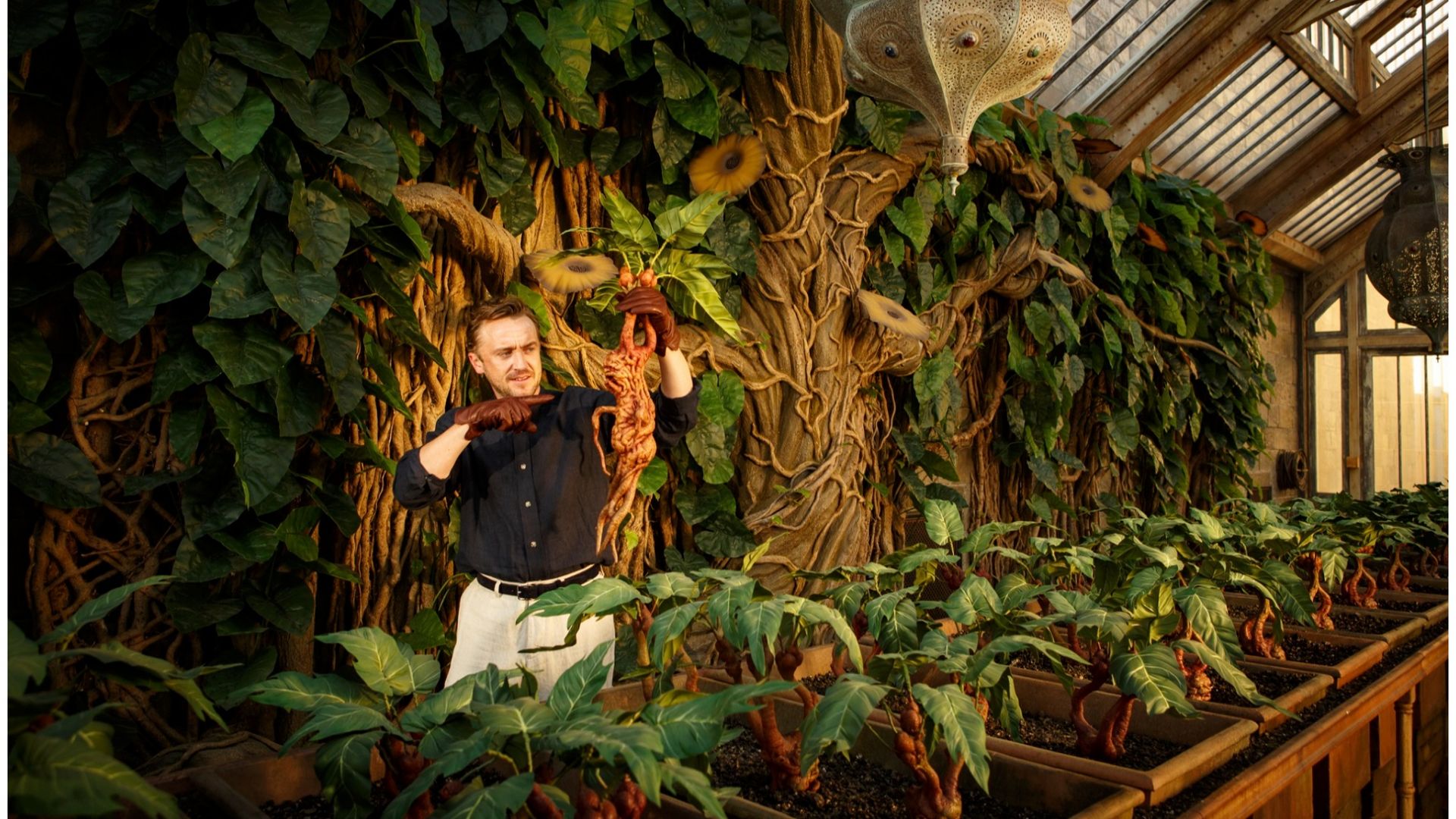 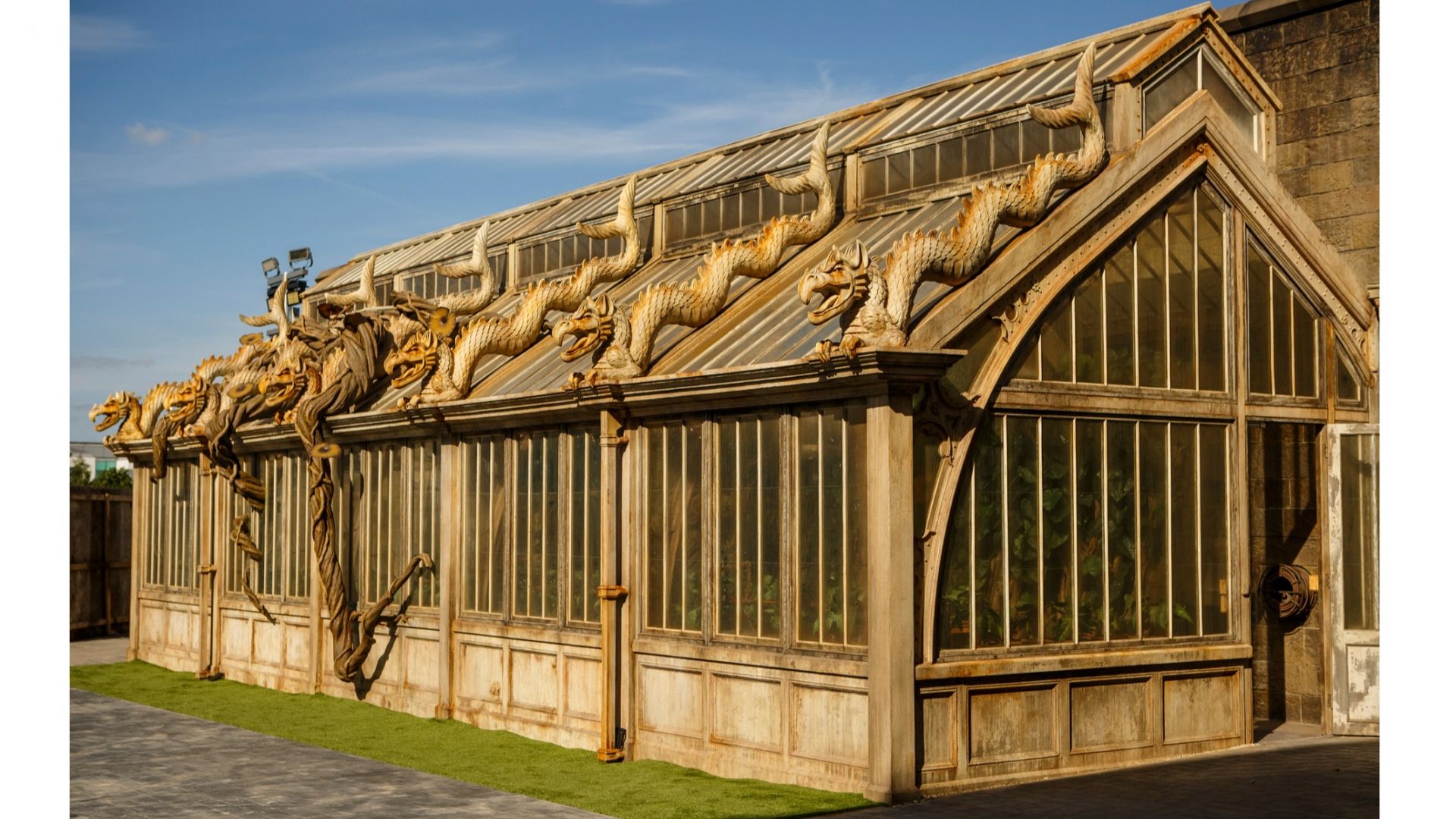 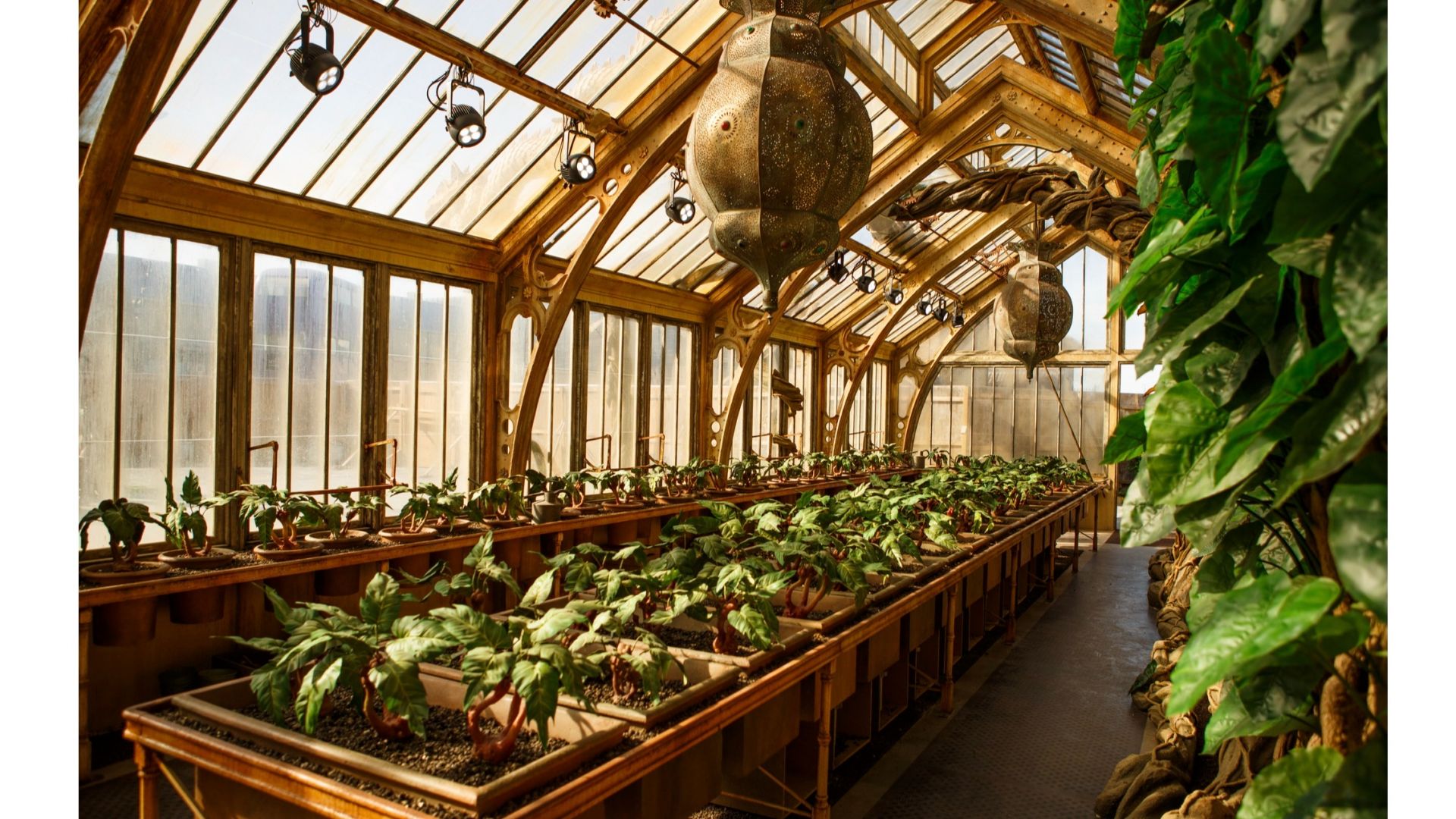 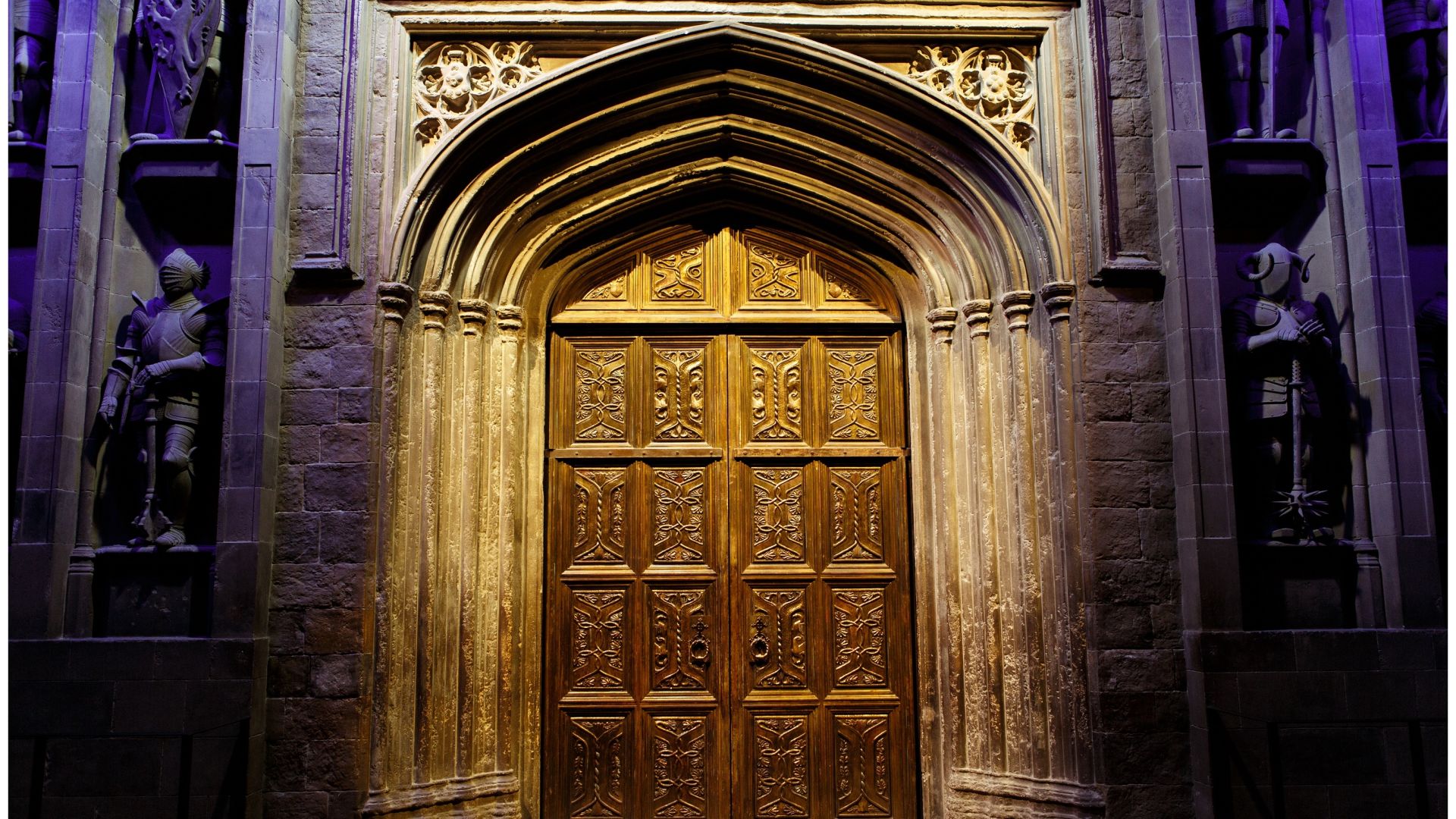 Walk in the footsteps of Harry Potter and explore the wonders of the wizarding world. This magical tour of the Warner Bros. Studio will leave you spellbound!

Step onto the breath-taking sets and take a glimpse behind the scenes of everyone’s favourite wizard from the Harry Potter films on this spectacular Harry Potter Studio Tour.

Walk through the doors of the Great Hall into the dining room, where the Sorting Hat famously sorted Hogwarts students into their houses. Can you find all of the golden snitches hidden in the set? Peer into the Gryffindor common room, Snape’s lab and the office of Professor Albus Dumbledore before making your way to the Forbidden Forest, where you’ll encounter a full-size model of Buckbeak and meet face-to-face with the giant spider, Aragog.

Marvel at how the SFX team at Warner Bros. created some of the movies’ scariest characters, including an animatronic foetal Lord Voldemort, and visit Privet Drive; home of Harry’s dreadful aunt and uncle, the Dursleys. In the costume section, see up close in incredible detail the wardrobes of characters such as Hermione Granger, Ron Weasley and the students of Beauxbatons Academy of Magic.

Gringotts Wizarding Bank is famously run by goblins. Walking through the imposing marble columns, you will discover costumes and prosthetics belonging to Bogrod, Griphook and many other goblin bankers.

Once through the banking hall of Gringotts, you will enter the depths of the Lestrange vault used to store the treasures of Bellatrix Lestrange including the Sword of Gryffindor and Helga Hufflepuff’s Cup, one of Voldemort’s many Horcruxes. During filming 38,000 pieces of rubberised treasure were created the for the Lestrange vault including 7,014 Hufflepuff Cups. Here, you can have a unique photo opportunity allowing you to step inside the Lestrange vault and surround yourselves with treasure.

No visit would be complete without visiting Platform 9 ¾, and on this tour, you’ll have a chance to snap a photo with the trolley on your way to catch the Hogwarts Express.

HOGWARTS IN THE SNOW (12TH NOVEMBER 2022 – 15TH JANUARY 2023)
You are invited to experience a very ‘Harry Christmas’ at the Studio Tour during Hogwarts in the Snow, the most magical time of year, when iconic Harry Potter sets are dressed for the festive season in a blanket of filmmaking snow.

YULE BALL RETURNS
There’s no better way for wizards and witches to make memories this winter as you walk in the footsteps of your favourite characters in the Great Hall, dressed for the famous Yule Ball scene in Harry Potter and the Goblet of Fire. Prepare to be stunned by the shimmering silver decorations, dripping icicles and sparkling snow. Featuring a wintery orchestra arrangement, fans can expect to see the Great Hall in a new light for this festive season.

FAN-FAVOURITE SETS TRANSFORMED
Feel the warmth of the Gryffindor common room on Christmas Day, adorned with red and gold ornaments. The first snowfall of the season will cover the Forbidden Forest, Diagon Alley and the magnificent Hogwarts castle model.

Please note that your e-ticket is only valid for the booked tour departure time as shown on your e-ticket. Boarding: Commences 15 minutes prior to departure. On Board Our Coaches: There are no toilets and hot drinks and hot food are not allowed (cold drinks & food are allowed). Privacy Policy: Please visit www.evanevanstours.com/privacy-policy/.

A full refund or date change will be offered up to 72 hours before travel (1-9 passengers).